Gonum is a set of packages designed to make writing numeric and scientific algorithms productive, performant, and scalable.

Gonum is a set of packages written in the Go programming language (more on Go later), and is not a language on its own. This makes Gonum similar to numpy and scipy, libraries built on top of python, and different from Julia and Matlab which are full programming languages.

We encourage you to use Go and Gonum if

The Gonum packages are designed to be simple, efficient and composable. There is a tension, especially in scientific computing, between ease and simplicity. Gonum, like the Go language itself, aims first to provide reliable and predictable code, while maintaining ease-of-use. Gonum is different from other popular scientific libraries, in that the Go language does not allow operator or method overloading. On the surface, this often means that the same algorithm requires a few more lines of code in Go. We fully recognize that sexy one-liners are rare with Gonum.

We accept this cost because we believe it comes with an enormous benefit. The Gonum function and method signatures make the algorithmic outputs clear, and it is easy to identify the code being executed and examine the implementation. Science is built on understanding how an experiment was performed and what the results are. We believe scientific code should be no different. In fact, Gonum is partly distinguished from other libraries in that you only need one programming language to read Gonum code (that said, it is also easy to call into existing C and Fortran libraries). This philosophy of simplicity has many follow-on benefits. For example, dense one-liners can be hard to understand, creating a barrier for others to confirm correctness, and making future modifications difficult. Additionally, one-liners often obscure the necessary operations to execute that line of code. This creates a tension between code that is terse, and a targeted implementation that is efficient. The construction of Gonum encourages users to implement algorithms in a uniform style, making the code easy to read and consistent between users.

The use of Go as a base language has many benefits beyond simplicity. Go is fast, approaching the speed of C. Go’s language primitives are great for parallel computing, and in fact Gonum code can often be made to run in parallel by setting a flag. Go is designed for “programming in the large”, a huge benefit for building an ecosystem of libraries that work with and build on top of one another. Go has extremely legible compile errors, full stack traces, trivial package downloading, automatic makefiles and import resolution, code formatting tools, easy code documentation, a race detector, and the list goes on.

We believe in a new foundation for scientific computing, and we hope you’ll join us. Please check back for more discussion on the philosophy of Gonum and the design decisions for specific packages.

First, you need to install Go if it is not already installed on your machine. It is recommended that you use the most recent version of Go. Within your module run

to download the main set of Gonum packages into the package cache and set the Gonum dependency in your go.mod file. That’s it!

You may be asked to update you go.mod file by the compiler a few times; it will ask you to add dependencies with go get. Follow these instructions. Running the tests will take a few minutes. Packages should all have an “ok” or “?” next to them. While the tests are running, please feel free to browse the source code!

The Go tour is an excellent introduction to the Go programming language. For quick experiments with the language, the Go playground is a very nice sandbox, though unfortunately you cannot import the Gonum librares. We also recommend reading the Go FAQ and effective Go pages. If you have specific questions, check out the Go language specification, which provides an official description of the behavior of the language. The Go specification is remarkably short and legible compared with other language specifications, and a better situation than for the many languages without an official specification.

Please also check future posts on this blog for extended commentary on Gonum packages and their effective use.

How can I help?

The Gonum contributors are a self-assembled group of scientists, engineers and programmers from around the world. If you’re worried that you don’t know us, don’t be! At the time of writing, none of the primary contributors have ever met in person, and until recently, we all lived in different time zones. Please file issues you find at our github repository. Pull requests are encouraged, please see the contributing guidelines for more details. Small changes can be proposed directly, larger changes should be discussed at the Gonum-dev mailing list (linked above). 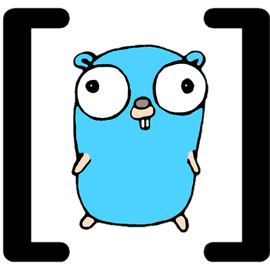